“The City of Melbourne and Pop Up Playground is inviting people to take part in a new interactive game that will change the way they see the city – forever!
Using a smartphone, a blue Melbourne Bike Share bike and a helmet, the interactive game 1000 Cities turns the CBD into a mythical adventure where riders will fight monsters, collect treasure and explore the hidden parts of the city.” 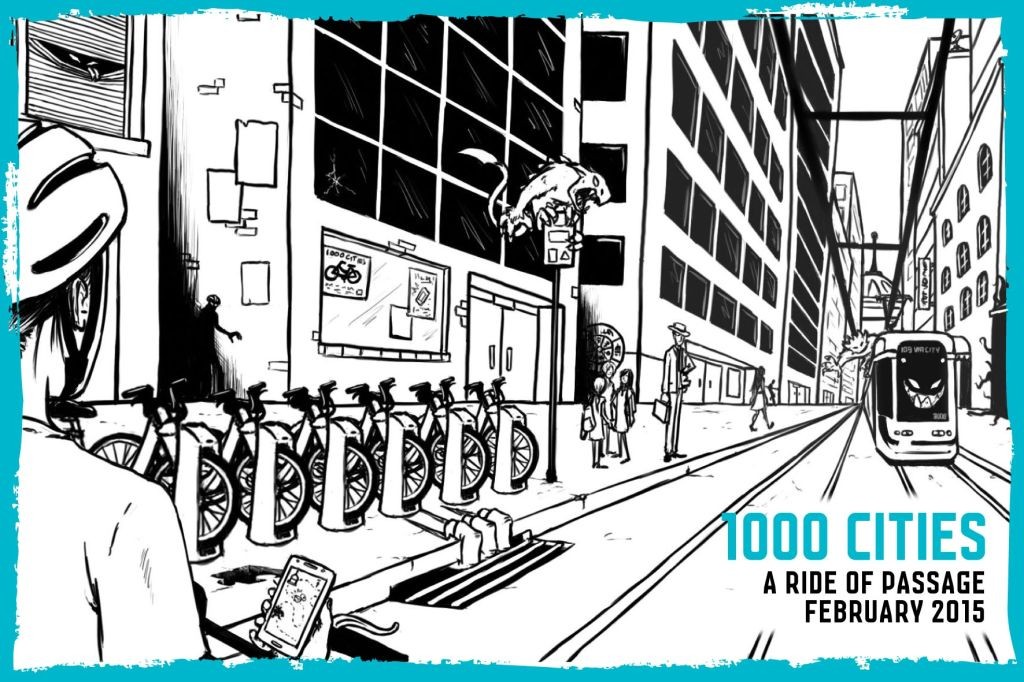 The game is written in PHP and Javascript, and uses an SQL database for accessing game content and player data. As the players complete each section of the story, the content of the pages populates based on their place in the branching story, as well as the results of the previous choices they’ve made. There are many different paths and experiences available during the game.

The game was live over the month of February 2015, but is now no longer active. There are plans to use the technologies created for 1000 Cities for other projects.

This project was created from scratch, based on discussions of the initial idea with the client. The client team designed the structure and content for the game and all associated assets, and I developed the web components and guided details of the database design.